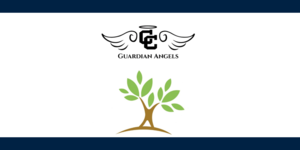 In 2015, Pop Francis wrote an encyclical titled “Laudato Si.” Its primary focus was on how we care for the natural environment and resources, as well as the connection between God, humans, and the Earth. In 2022, the Marianists have asked all their schools (including Central Catholic) to participate in a movement called “Marianist Encounters,” which calls for us to manifest our commitment to Laudato Si and Pope Francis’ message.
In short, our Marianist family is being asked to think about how we treat the Earth and how those interactions affect those around us.
Our Guardian Angels here at Central Catholic really took charge here. Not only were they doing weekly service projects and drives to help those in our community, but they also made a concerted effort to volunteer at projects with an environmental component, such as partnering with the Animal Defense League, volunteering at the Mission San Juan Community Farm, and cleaning up the trails at OP Schnabel Park during the annual Basura Bash. Some of our academic departments at Central Catholic also followed the example.
The Foreign Language Department will be introducing students to the environment, resources, populations, and cultures of various Latin American countries. This includes an in-depth analysis of environmental problems and solutions. Students in this department also get the opportunity to manipulate a 360-degree view of several popular scenic views.
The Religion Department teaches that humans have the moral and ethical responsibility to care for the environment. After all, we are taught in Genesis that humans have domain over all the creatures of the Earth.
The Science Department continues to teach about the environment across all four divisions. Biology students learn about ecological interactions, resources, regulatory agencies, and even endangered species. There are also animals on display in our biology lab. (It helps that Mr. Bendele is a Certified Master Naturalist.) Chemistry students learn about multiple forms of toxicology and pollution. Physics and Astronomy students learn about the laws that govern not just our world, but the entire universe. In addition, our Evolution Dual Credit students are
taught about the threats of pesticides and various plastics because they have chemical compounds that resemble human hormones. We have even partnered with a professor from St. Mary’s University (Dr. Mary Beth Hawkins) who gives guest lectures a couple of times per year to our Evolution students on those topics. Moreover, our Evolution students will be going on field trips this upcoming semester for hikes at Friedrich Park and Hardberger Park where they will learn all about the flora and fauna (and threats) of those ecosystems.
This past school year, the Art Department partnered with the Science Department to run an Earth Day Art Contest. We plan on doing that again this year!

Our Maintenance Department also prides itself on energy efficiency. In short, our school has made strides in teaching our students about being passionate about the environment on several different levels. After all, if our students are taught to truly love our planet (and by extension – all the plants, animals, and people living on it), then they will probably do what is best for it. In essence, “None of us has to do everything, but all of us have
to do something!”