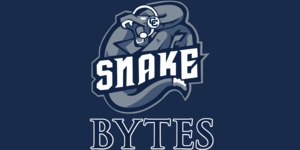 Accompanied by Sra. Mendez and Dr. Ballesteros, Central Catholic’s eSports Program, “The Snake Bytes” participated in the R20 League this past Saturday, January 14, 2023, at the Tech Port Center + Arena in Port
San Antonio. “The Snake Bytes” competed with eSports Programs from other local high schools, such as Roosevelt, Cole, Harlandale, Jefferson, South San, Steele, and McCollum.
Led by Aiden Gutierrez, the Rocket League Team, consisting of Jordan Winfrey, Ethan Winfrey, and Albert
Alvarado went 5-0. Currently, they are ranked 2nd out of 12 teams, with a record of 14 wins and 4 losses.
The Valorant Team, composed of Nathan Talamantez, Rudy Davila, Jack Brysch, Diego Posadas, and Daniel Carmona, won all five rounds they competed in. The team is ranked 3rd out of the 16 teams in the league, with a
record of 11 wins and 3 losses. The Super Smash Brothers Ultimate Team consisted of Isaac Pohl and Luke Martinez. Isaac was in the Top 16 bracket, but, unfortunately, was eliminated after going 1-2. He’s looking to bounce back as the season moves forward. Luke won 3 out of 5 of his matches. The next in-person competition for the three teams will be in early February, with only two events left until playoffs. Go Snake Bytes! Keep on winning!