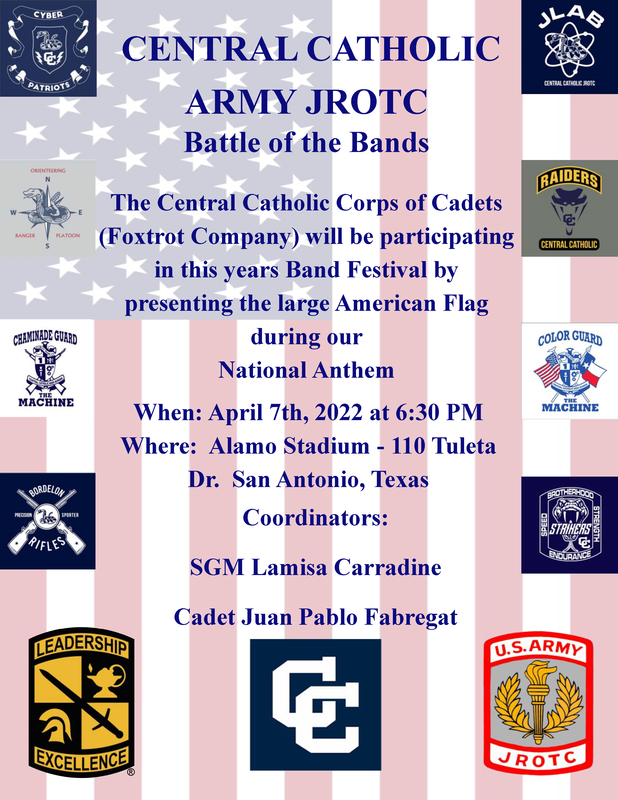 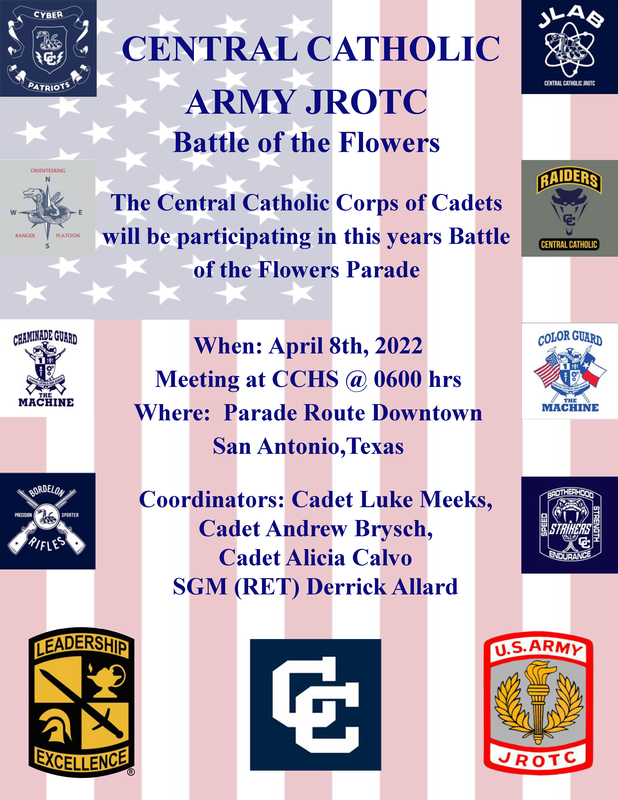 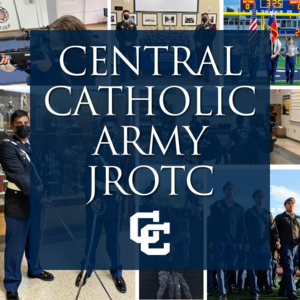 Battle of the Bands - April 7

The Central Catholic Corps of Cadets (Foxtrot Company) will be participating in this year's Band Festival by presenting the large American Flag during our National Anthem.
When: April 7th, 2022 at 6:30 PM
Where:  Alamo Stadium - 110 Tuleta Dr.  San Antonio, Texas
Coordinators:

The Central Catholic Corps of Cadets will be participating in this year's Battle of the Flowers Parade.
When: April 8th, 2022
Meeting at CCHS @ 6:00 AM
Where: Parade Route Downtown San Antonio, Texas
Coordinators: