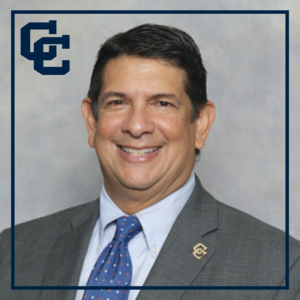 
Currently, the Button Basketball team has a 15-3 record and has been ranked in the top 5 in various polls all season.


“Coach Ybarra’s return to the court as our head basketball coach is a powerful testament to his passion for Central’s Marianist Catholic identity & mission and his determination to build a program rooted in excellence to grow the impact this program has on our student-athletes,” says Jason Longoria ‘96, President of Central Catholic High School.


Edward Ybarra expresses his thoughts by saying, “I’m fortunate to have the opportunity to return to something that is very dear to my heart, a true passion, and deeply rooted in our school’s culture, the Central Catholic Basketball program.”

With this transition to Head Basketball Coach, Ybarra will become the school’s first Executive Athletic Director with strategic oversight of all athletic programs, Coach and Player Development programs, fundraising initiatives, and support of the Athletic Director. He will remain on the School’s Senior Leadership Team and will resign his title of Vice President for Student Development.